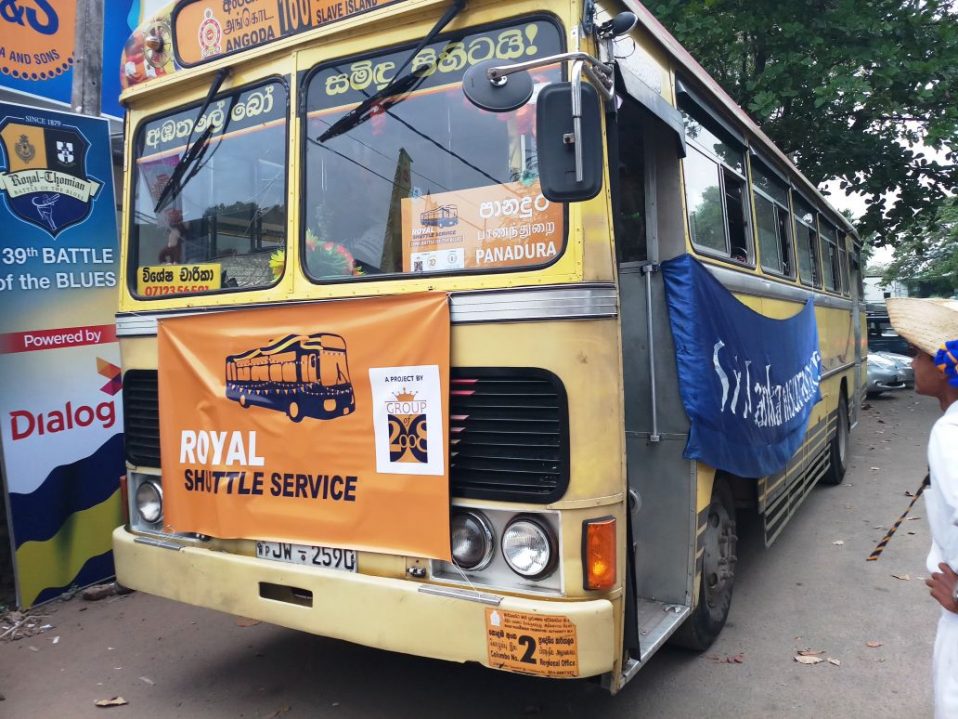 The 2018 edition of the Royal Shuttle Service, successfully concluded its ‘three-day journey’ for the second consecutive year, with a record number of travelers using the service.

The Royal Shuttle Service offered a FREE & EXCLUSIVE transport service to the students and the teachers of  Royal College Boys Tent at the 139th Battle of the Blues, covering three routes; SSC to Panadura (along the Galle Road), SSC to Kadawatha (along Baseline & Kandy Roads) & SSC to Homagama (along the High Level Road).

The Royal Shuttle Service was deployed along the aforesaid  routes, after the day’s play on the 9th, 10th and 11th March, assuring a safe journey home, to almost 400 students and teachers of the  College.

In addition, a group of approximately 50 students of  St Thomas’ College Boys Tent also used the Royal Shuttle Service to reach home after the day’s play. This was a key highlight of the project in 2018 and a true occasion of keeping up with the real Roy-Tho spirit.

This exclusive service is a proud project of the Royal College Group of 2008, which is celebrating its 10th anniversary, this year. 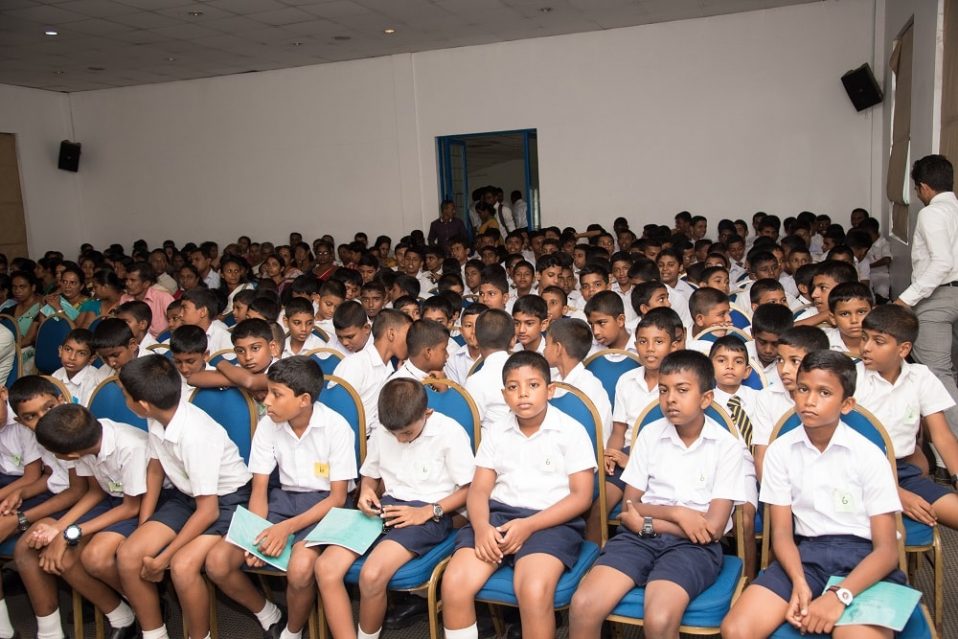 Donors, who were past Royalists and non-Royalists as well, were pinned Purple Orchids on their shirt lapels. Parents who had travelled from afar sat in the hall anticipating the event, and the students and undergraduates, proud recipients of the awards, crowded the ceremony, symbolic of transformation, progress and a journey of incessant love.

The 15th Anniversary of the Loyalty Pledge Ceremony also epitomised the vision of its founders, to empower young Royalists to become high achievers at Royal College, with a plan to succeed in the future, in a chosen career.

Donors who had generously given, took time off to attend the ceremony. Non-Royalist well-wishers sent messages while foreign donors expressed positive sentiments about the programme. ‘Re-paying the debt’ to one’s beloved alma mater had influenced others to give as well, permeating to the society at large.

This year, 185 school students and 12 undergraduates who were short-listed for the awards ceremony were privileged to be part of the ceremony. The Loyalty Pledge Committee had spent weeks on assessing the details of the students to ensure that the benchmarks of 60 marks and participation in a sport and society were met. The 12 undergraduates that were present were also selected on merit and economic need.

The recipients were exposed to the experience, insights and wisdom of their senior Royalists on this special day. 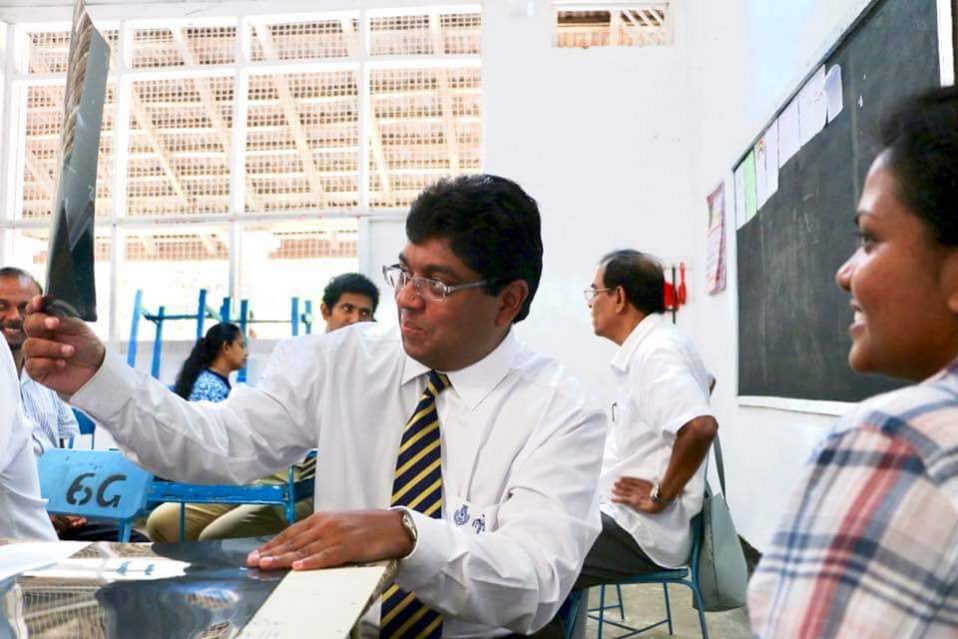 On the 25th of February, marked the annual health camp successfully organised for the 19th consecutive year, by the Royal College Doctors’ Association for the present and past teachers of the College and their spouses.

Over 450 teachers, both past and present, attended the screening programme.  Nearly 200 doctors, all being old Royalist, from diverse areas of specialisation gathered to offer their services as a mark of gratitude to the teachers of their almamater, as a means of repaying their debt.

The RCDA applauds, the chief organizer of the teachers clinic 2018 Dr. Manola Nanayakkara, and  his assistant organizers Dr Krishantha Peiris and Dr Dinesh Ranasinghe, for a  job well done; while acknowledging the effort of the sedulous and efficient  team of doctors who worked tirelessly with them for the past three months up to the run up of the event, in order to make this event, a roaring success.

Your ticket for the: Royal Shuttle Service Successfully Concludes its ‘Three-Day Journey’ for 2018